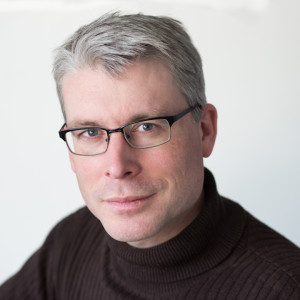 Neil Hayward is a lifelong birder with a passion for science and travel. He grew up in the UK, where birding ranks high among soccer, tea, and sarcasm as national pastimes. After gaining a Ph.D. in genetics at Cambridge University, he joined a start-up biotech company and moved to Cambridge, Massachusetts, as the managing director for the US business. He also brought his binoculars and quickly started using them. In 2011, he left his job to set up his own biotechnology consulting company.

Neil is the field trip coordinator and board director for the Brookline Bird Club, the most active birding club in the country, for which he leads free birding walks. He is also a council member of the Nuttall Ornithological Club, and teaches birding classes at the Cambridge Center for Adult Education. Neil has spoken at birding festivals, ornithological clubs and associations, bird clubs, and Audubon Society chapters throughout the United States. He lives with his wife, Gerri, in Cambridge, Massachusetts. Lost Among the Birds is his first book.

In 2013, Boston birder Neil Hayward traveled almost 250,000 miles by plane, car, boat, and kayak. As well as almost 10 feet vertically up a tree (where, you’ll be glad to hear, he successfully navigated his way back down). His quixotic quest: to see birds. His peregrinations took him to the corners of this vast continent: Barrow in the leaden, frozen north; the Dry Tortugas, dangling off the Florida Keys to the south; Newfoundland, poking out to the east; and tiny Adak, an island adrift in the volcanic Aleutian chain of the west. And a place they call New Jersey. By the year’s end, he’d netted some 749 species of bird and broken an historic record many thought was unbreakable.

A Big Year is a race against time. The clock starts ticking at midnight on Jan 1st and, if there’s enough coffee, ends 365 days later. The challenge: to see as many species of bird as possible in the US and Canada. A Big Year holds a special place in the birding sub-culture. It’s the avian equivalent of the Grand Tour: a once-in-a-lifetime sightseeing and educational spree around the country, poking around in the musty marshes, woods, estuaries and mountains teasing out the unique and odd birds that call those places home.

Neil’s Big Year was accidental. It had to be. No sane person would consider such a frivolous and ridiculous adventure. But the allure of the birds, the places and a potential to have his name enshrined in the annals of Wikipedia were too much. Not only was it unplanned – he started his Big Year slightly late by about five hours, and 105 days – but it wasn’t even his idea. It was his girlfriend’s – she thought a Big Year might be fun, although not seeing Neil for at least half the year, and giving him a perfect excuse for never doing anything around the house, she later regretted not suggesting golf. Or climbing Everest.